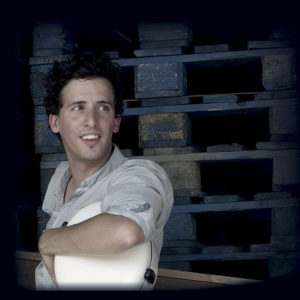 The Italian cellist Claude Frochaux began playing the cello at the age of six at Suzuki Talent Center, then at the Conservatory of Turin. Studies followed in Frankfurt with Michael Sanderling, where he completed his Diploma and his concert examination with the highest rating in the soloist class, as well as postgraduate studies in Essen and Madrid. He received further artistic impulses from Eberhard Feltz, Menahem Pressler, Ralf Gothoni. Claude was supported by the foundations De Sono, Live Music Now and Anna Ruths.

As a sought-after and passionate chamber musician, he is a guest at festivals such as Schleswig-Holstein, Mecklenburg-Vorpommern, Mozartfest Würzburg, Beethovenfest Bonn, Heidelberger Frühling, and in other European countries and North and South America. He played at Wigmore Hall, Alte Oper Frankfurt and Laeiszhalle Hamburg, and was broadcast repeatedly on the radio (BR, WDR, SWR, Deutschlandfunk and Radio Classic). Upcoming Engagements bring him among others to the Konzerthaus Berlin, Musikverein Wien, King’s Place and Wigmore Hall in London, as well as Enescu Festival Bucharest.

In addition to prizes of national competitions in Italy, he won the 1st prizes of the competition of the Polytechnic Society and the DAAD Frankfurt. In 2008, he founded Monte Piano Trio with which he won numerous international prizes (Maria Canals Barcelona, Brahms Austria, Schumann Frankfurt, Folkwang Prize..) and regularly gives concerts. He also works in other groups such as O/Modernt Stockholm, Ensemble Midwest Denmark, Amici Ensemble Frankfurt, Ensemble Ruhr, and has appeared in numerous orchestras such as Bamberger Symphoniker, Spira Mirabilis and Orchestra Filarmonica di Torino.

Claude Frochaux is the founder and artistic director of the Sylt Chamber Music Festival and the concert series Musica+ in Frankfurt, Germany.